How to replace your exhaust fan

Is your old exhaust fan too noisy? does it let cold air through from your ceiling cavity? Exhaust fans are easy to replace. I’ll show you how.

Warning
Ensure the power is off to the exhaust fan before you do any work on it. Go to your electrical box and turn off the circuit the fan is on. It may be on the light circuit or one of your power circuits. If you are in doubt, don't do any work. If you're Australian, all electrical work involving wiring must be performed by a licenced electrician.

So, can you do the work yourself? It depends what sort of power cable you have. Climb into your ceiling and have a look. If you can see a single thick cable in the ceiling, and it is connected to an outlet - you can do the work yourself. If you can see a cable that appears to be 3 separate cables joined together, then what you have is “twin and earth”. That means the fan is hard wired, and you should call an electrician.

How to Replace it

Grab a ruler and measure the diameter of your existing fan opening (take the cover off first). Now go to the store and buy a new exhaust fan the same diameter. Note that some come with ducting and some don’t. In my state, it is legal (and usual) to vent straight into the ceiling cavity - so I haven’t bothered installing a duct. Make sure you get an exhaust fan with a “draft stopper” built in.

A draft stopper is a small, spring-loaded flap that starts off closed, but when the fan is on the flap opens and allows air to pass through. This stops ceiling drafts coming back down during winter and freezing you. 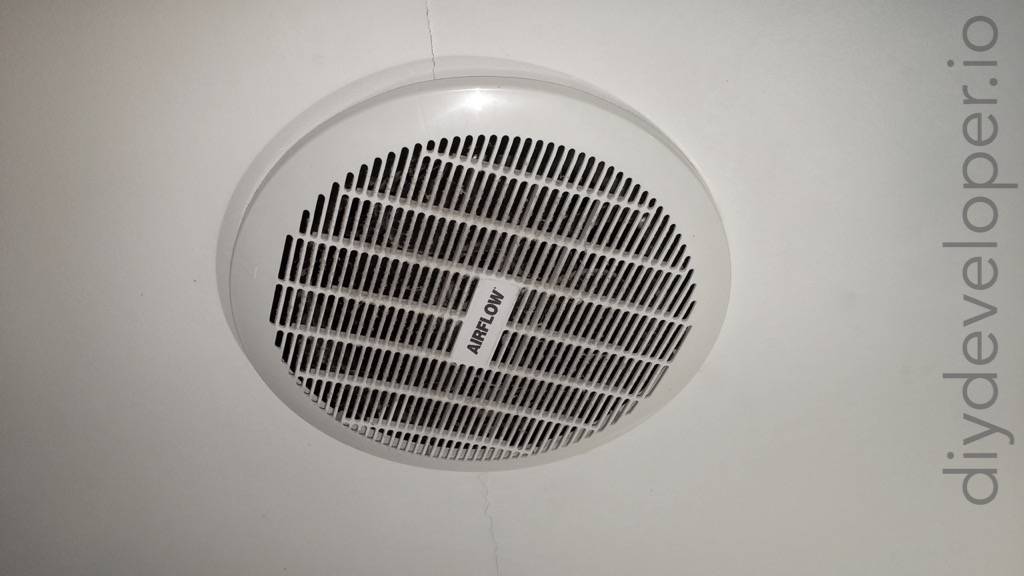 Before you do this, get up in the ceiling and unplug the exhaust fan. Now you can safely remove the fan.

There will be a series of screws around the rim of the fan. These screws are connected to small clamps/brackets. Support the fan with one hand, and work your way around the fan, unscrewing as you go. 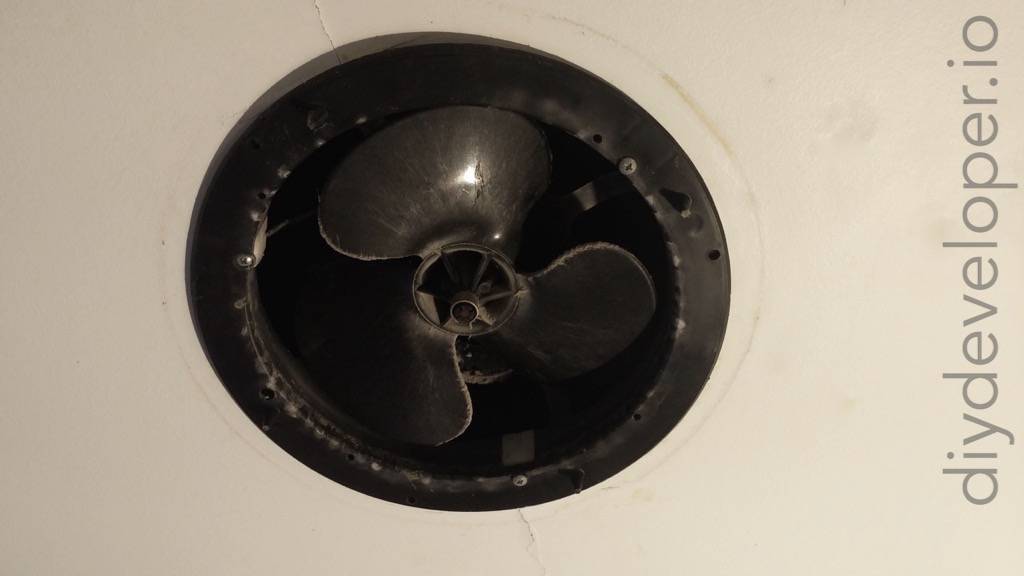 Now you should be able to lift the old fan out. 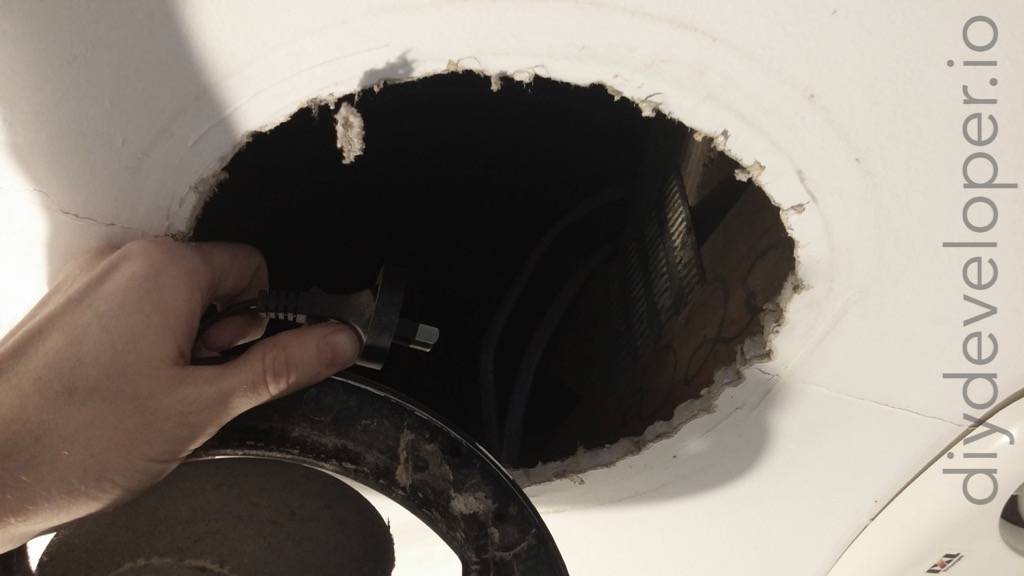 Have a look at the new fan before you install it. Pay special attention to the clips that secure the fan to the ceiling. They should all be tucked in. As soon as you start turning the screws, they will pop out to clamp the fan in place.

Lift the power cord through first. If you can safely plug the fan in, do it now - then lift the fan into place and tighten all of the screws around the rim.

Make sure the fan is secure before you move your hands away. 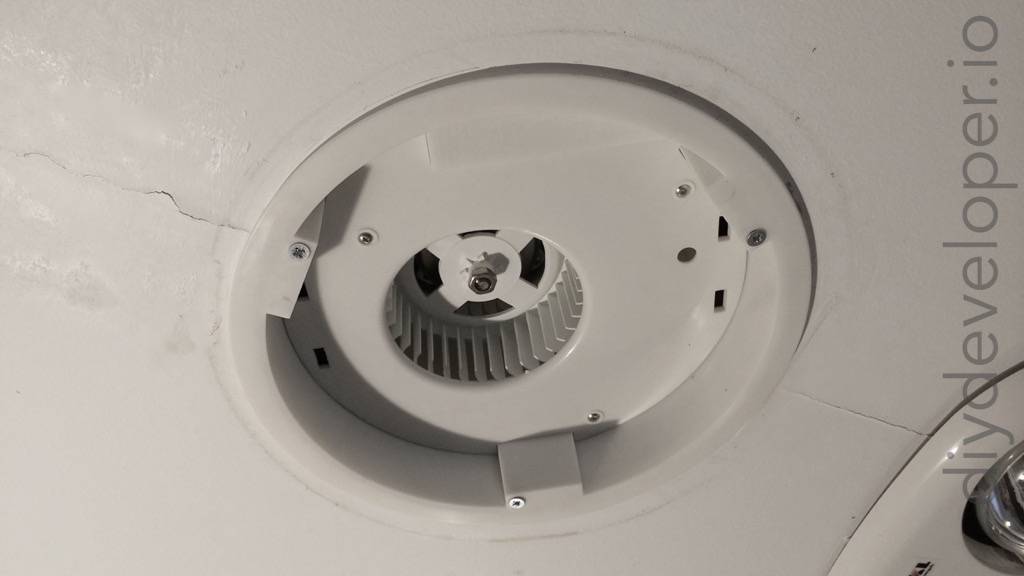 If you couldn’t plug the fan in during installation, get in the ceiling now and plug it in.

If everything is working, push the new cover into place, turning as you push to lock it into place. 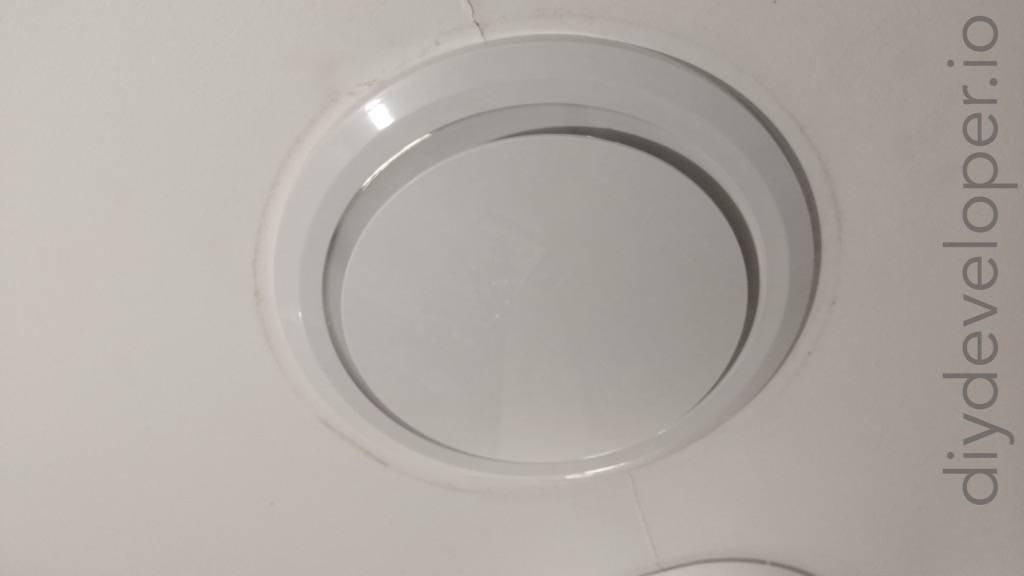